One main task of the program consists of monitoring the surface displacement field of the coastal part of the glacier. Therefore, a permanent network made of 9 autonomous GPS beacons has been set up on the glacier (see location on the webmap). These beacons are meant to record continuously throughout the year. However, due to the harsh conditions prevailing on the glacier (especially the strong winds), maintaining such a network in a state of work represents a technical challenge (power supply, correct real-time transmission of data, stability of the structures, etc.) This explains the numerous gaps in the time-dependent series mainly during austral winters. The main problems we had to face are :

These problems are gradually fixed by :

If most beacons usually suffer from the summer melting of the holding ice, the 2 ones on the left flank of the glacier (No 5 and 7) traditionally get burried under the snow (local accumulation zone). It was therfore decided to move them by some 50 m to 100 m sideways towards a bare ice zone to the left. This is the reason for the misalignement in the data from one season to the other.

Because of the downflow of the glacier (of the order of 500 m/yr over the central part of the glacier), the downstream beacon (No 3) had to be moved to the upstream position of the network, thereby more or less replacing GPS No 4 (the spacing between the GPSs along the flow line has been set to the yearly displacement so that GPSs replace one another from year to year). As for the misalignement of GPS6, the sideway displacement was necessary for the beacon to remain visible from the radio relay (the laterl velocity gradient is such that side GPSs do not need to be repositionned every year). 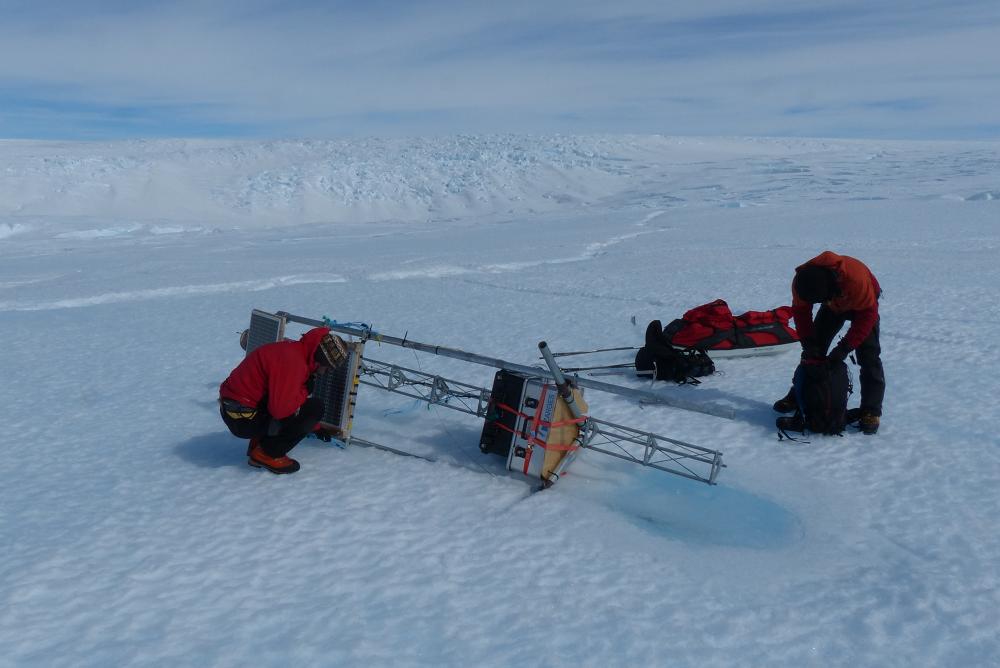 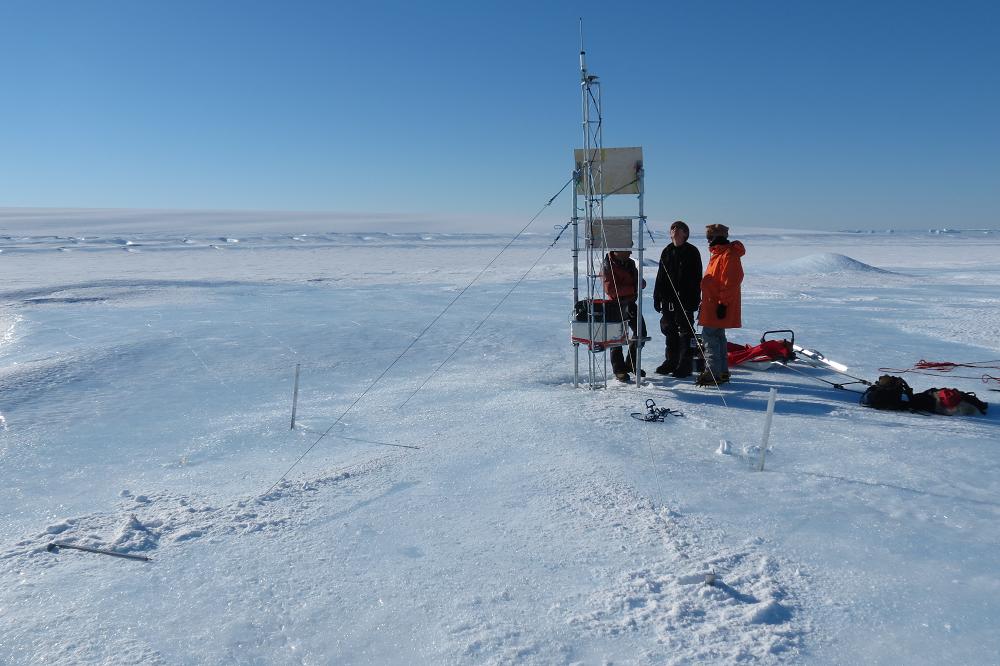 When the communication system is operational, real time data are first radio-transmitted to the relay (433 MHz), which then forward the data to the Dumont d'Urville station (868 MHz). Data are finally e-mailed to LGGE in France on a daily basis. Data are otherwise stored locally which allows proper recover of the data acquired whilst the radio system was inoperative. Retrieved files are of the RINEX standard. They are post-treated with PPP processing to ensure better accuracy. The original RINEX files, as well as the post-treated results are available for downloading.

Due to the permanent nature of these measurements, the dataset starting in 2010 is supposed to be updated every year.