Bedrock topography was measured with a combination of medium (2:5 MHz) (MF) and very high (60 MHz) frequency (VHF) high power sounding radars mounted on either a DHC-8 Twin Otter or a DC-3T Basler aircraft.

The Astrolabe glacier was measured twice, once in a global radar survey program, and by another specific airborne survey in 2011. A more global survey of the entire Wilkes-land has been undertaken in the frame of the project (see corresponding flight lines down below). More information on the data as well as their acquisition is available in Le Meur et al., 2013.

The airborne radar data are already available at this page. You can also directly contact Duncan Young (mail) for more information on these data. 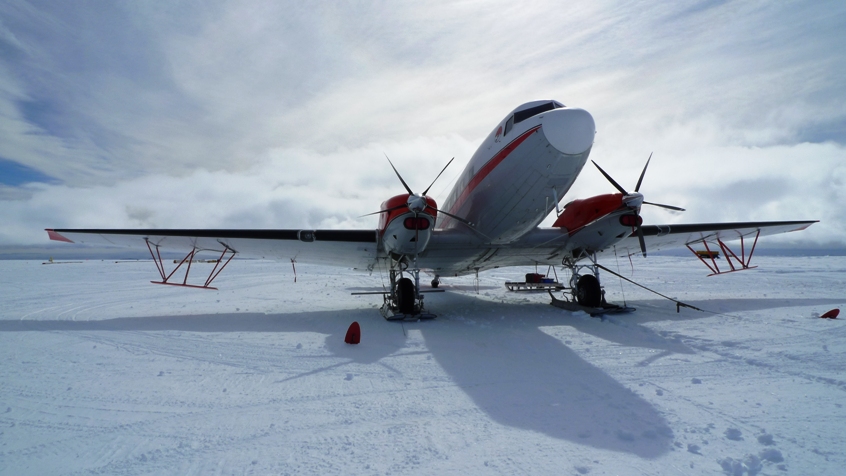 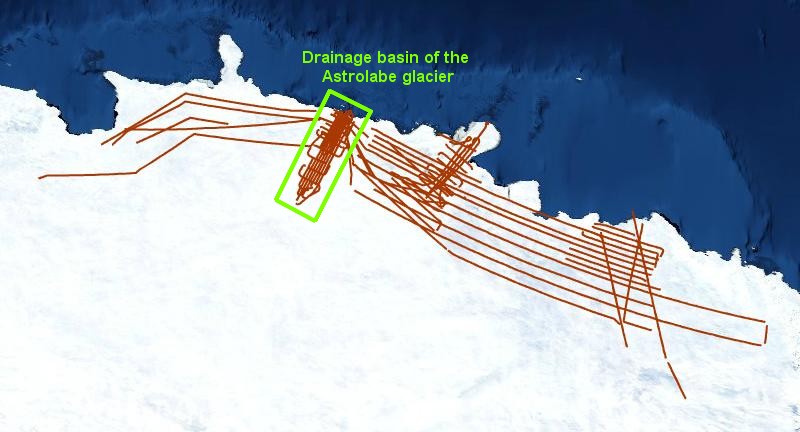 Left : DC-3T Basler aircraft, onto which the radar of the University of Texas was mounted. Right : Radar flight lines performed during the project on the Wilkes-land coast. Photo E. Le Meur