Ground Penetrating Radar (GPR) measurements were acquired along several-km long profiles (see location on the webmap with a MALÅ® ProEx GPR system connected to a 50 MHz Rough Terrain Antenna, which was towed by the operator on the ground. Measurements were acquired with a common offset of 4 m between the transmitter and the receiver antennas. The acquisition triggering, which was fixed to 5 m for all profiles, was automatically controlled using a calibrated encoder wheel and then repositioned thanks to GPS measurements, which allow deriving topography information. Data were acquired with a sampling frequency of 648 MHz over a 12.8 μs time window, and stacked 32 times. More information can be found in Le Meur et al., 2013. 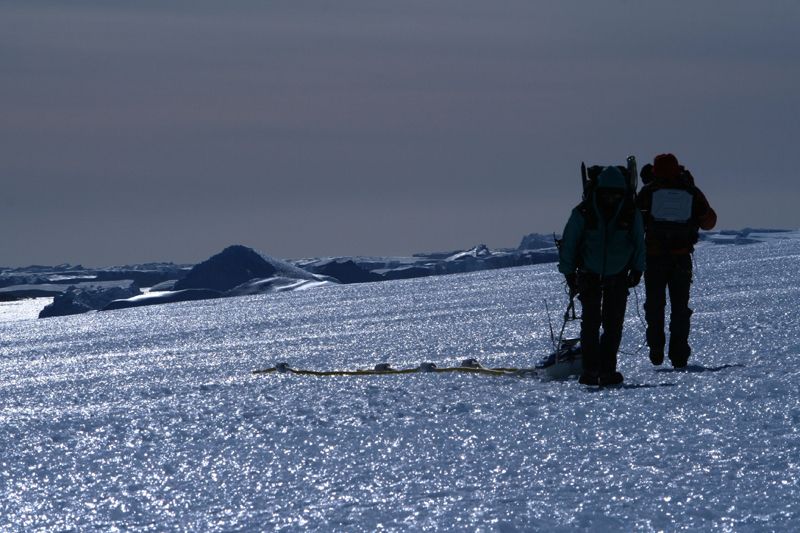 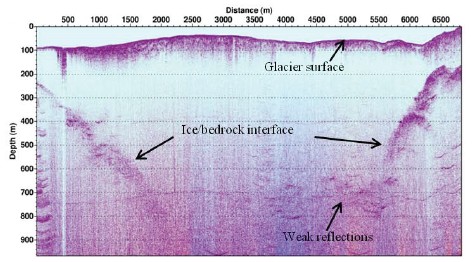