During the 2009-2010 field season, a hot water drill has been tested with a coring down to 150 m on the left flank of the glacier (see location on the web map). Once the bedrock was reached, the thermistors were inserted inside the water-filled hole (T0). The first in situ measurements was then carried out one hour later. Several other measurements occured the following days and one last the following field season. The results are depicted on the image below. 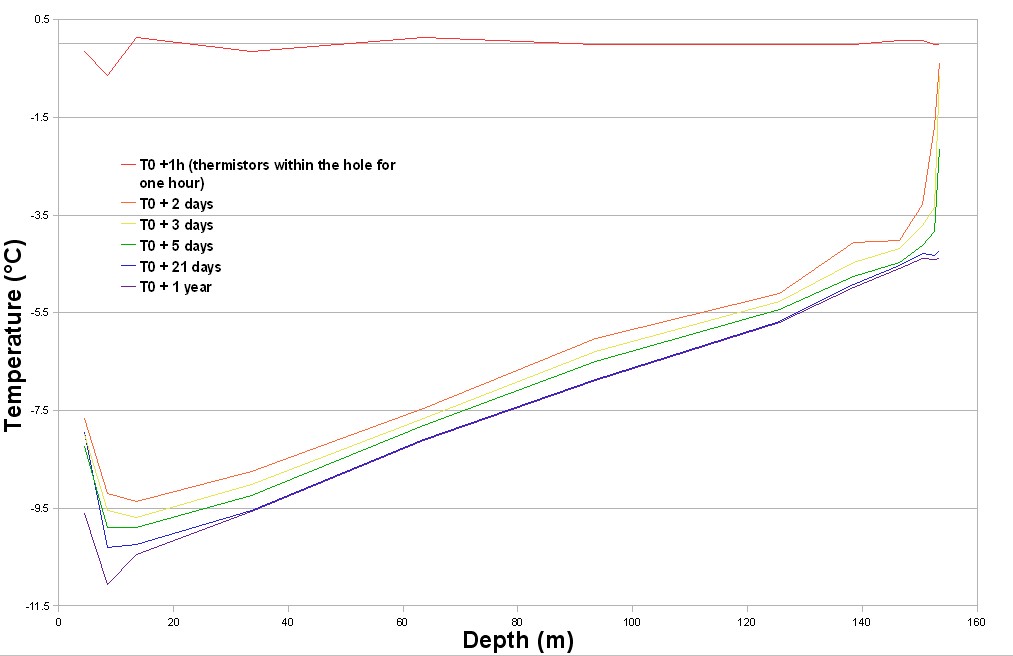